Missed the gathering? Check out our packages! 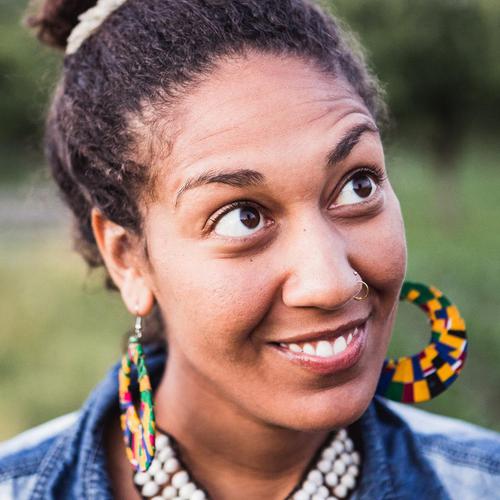 Talks covered by this speaker

Have you got yours yet?

Our All-Access Passes are a must if you want to get the most out of this event.

Diane has spent the last decade inflow around the globe, making sacred sounds and experiences alongside her plant and spirit allies. After following her academic research of Afro-diasporic traditions to Buenos Aires for the first time in 2007, she has since shared and led community explorations in places as diverse as the coasts of Brazil, the mountains of Argentina, the streets of New Orleans, and the equatorial rainforest of Gabon. Ghogomu has been a yoga instructor for over seven years, focusing her practice on an uplifting Kundalini and Vinyasa Flow.

She has studied Chinese Medicine at the Neijing School in Buenos Aires, Tantric Meditation and Massage, Ayurvedic Yoga Massage as well as Afro-Brazilian dance in Brazil. Most recently she has found integration in her paths as a somatic sexuality educator, yoga teacher, breathwork facilitator, and musician, which inspire her to create pleasure-centered ritual spaces that encourage the ever-giving gift of knowledge of self.

After sharing circles, sounds, and ceremony across the US, Europe, and Latin America, her spirit is so excited to be representing Cacao Love as she works and plays between Nairobi, Kenya and Cameroon.

Your logo could go here!

If you'd like to get your brand in front of attendees following the categories this speaker is talking about (on this page, via email and during each talk) contact us.

We use cookies This website (and some of its third-party tools) use cookies. These are important as they allow us to deliver an exceptional experience whilst browsing the site.

By clicking 'Accept', you agree to the use of cookies. To learn more see our Privacy Statement.